Not to be mistaken for the regular ‘Ferrari Tributo’ of 2011 – this is the Ferrari Dealer ‘Service Car’ edition (Rosso Officine) of 2015 based on the 190bhp Biposto Abarth… These came with a ‘Not to be Sold’ clause for six months, but that rule became quite blurred with some of the UK cars. They sold for around £45k in the UK when they were ‘eventually’ sold. 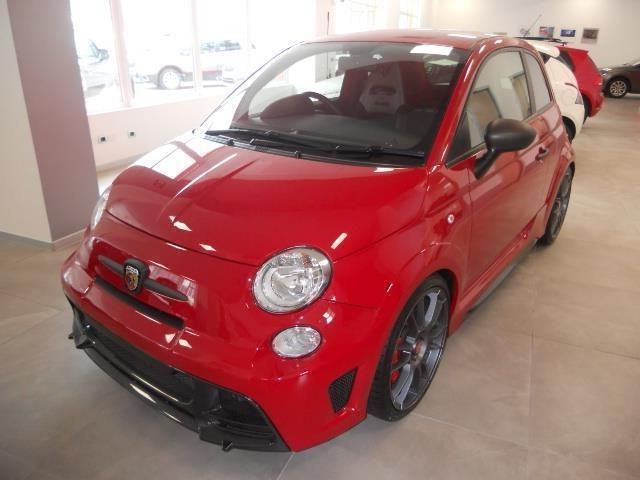 This being based on the mad ‘Biposto’ version, meant it was suitable as a ‘ Service/Loan Car ‘ for Ferrari Main Agents to their customers throughout the World. Limited to just 99 cars in the World. The defining difference between these and the ‘Standard’ Biposto, these only came in Ferrari Rosso Red.

The interior is your ‘standard’ Biposto, stripped-down look, with lashings of Carbon Fibre. With Abarth Corsa Racing Bucket Seats by Sabelt with 695 stitching covered in leather and Alcantara with optional carbon shells & Carbon door cards with cloth pulls. Usual aluminium sporting pedals in a titanium finish. Also complete with the 695 editions of the ‘Numbered Plaque’

This edition sort of started as a ‘non-official’ car, such as it couldn’t be bought from your local dealer, but it’s now recognized as a genuine edition within the Abarth family if a little quietly! The Rosso Officine (translated as ‘Red Workshop or Factory’) is an instant classic! Talking of Factory, have a quick tour around the factory HERE

They all featured the Factory fitted Akrapovic exhaust system which sounds incredible! Check the sound here on this UK car No 15

Here’s No15 sat waiting for collection at Graypaul, Nottingham in late 2016 ©howmanymade 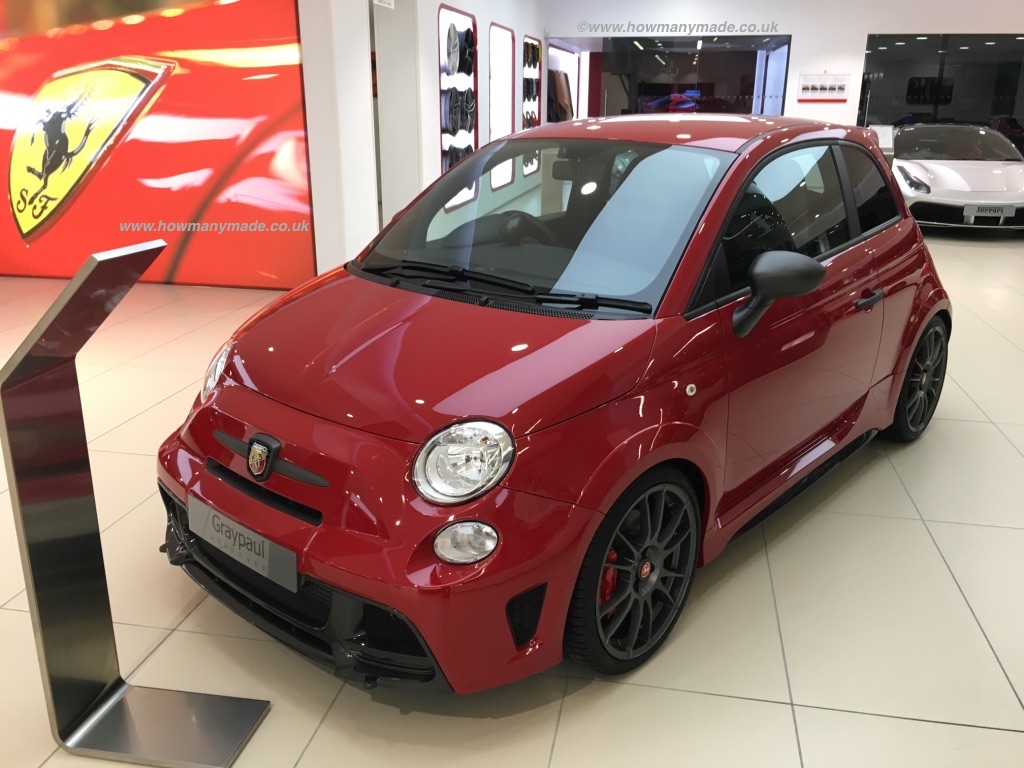 THE HOW MANY MADE NUMBERS;

It’s known 10 were available in Japan. It’s Possible 30 went to Italy… Possible 10 to Germany. A possible 8 in Switzerland., one being No27. Just 2 were sold and delivered to Australia, these are numbers 25 & 23 of the 99 cars.  No91 lives in Monaco. No1 is an Italian car, now living in Manila, Philippines. And number 99 is a UK car. Also, I’m sometimes doubtful at the moment that even 99 cars were actually produced worldwide… The reason for the ‘possible’ quote above, is I’ve only heard them figures for each car, from one source, so will have a definite figure as time goes on… but the search continues…

And so for UK cars. It’s been ‘mentioned’ that the number is thought to be 14 UK cars. Although I think it’s less. Not every UK dealer was assigned one but the HR Owen & Sytner Groups had 4 of each. I know these 8 UK cars and have their VIN & Edition numbers… So currently, only 8 UK cars exist. If anymore appear I will update this page but at the moment I’m awaiting confirmation on the ‘possible’ others… If these other cars do not emerge, then this will be the rarest of all the current “695 editions” in any formats!

If this has been helpful in some way, then please mention where you got the information with an ” According to http://www.howmanymade.co.uk ” – Would be Greatly Appreciated for all the time I do to research the correct information – Regards, Mike.