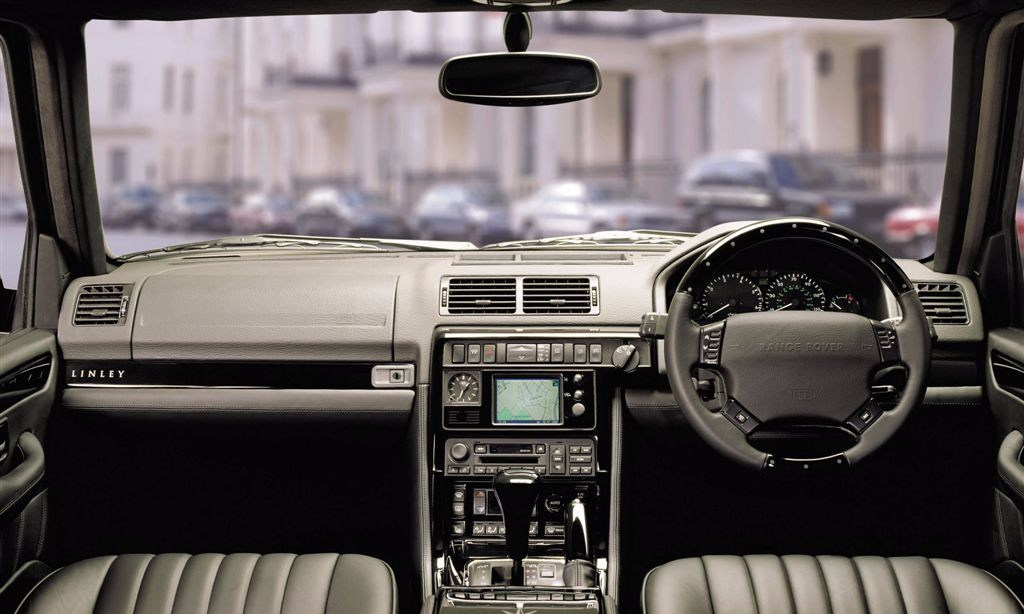 The Range Rover Linley LE. A car that’s held a fascination for me ever since sitting in the original Press Car at Earls Court Motor Fair in 1999.

Land Rover was always a go-to stand at any Motor Show, it still is. And the Range Rover was the one to see, especially anything Autobiography. So after an informative conversation with the chap on the stand about this edition, I was hooked.

And that has never changed. I have always tried to find anything I could about them. Including where are they are now and how many made?

The original Prototype Press car in 1999.

This was to be the Ultimate Range Rover ever made. In the original dealer press releases, a statement was issued that no more than 20 would ever be made worldwide. This figure was given out initially to reassure those purchasing ‘the most expensive & exclusive Range Rover ever made’ had an assurance that it was always going to be just that. This number later reduced to just 10 cars, due to a short-lived hype of the cars ‘Royal’ connection and the realisation that it was £100,000. Remember that the next in line “Holland & Holland” was £65,000 and that was, in a way, more unique in its immediate visual finish.

Land Rover announced a Press only gathering on the 20th of October 1999 at 10.30am, to witness the world reveal of the new car and to meet David Linley at the Park Lane dealership.

This vehicle though was the ‘ultimate expression’ of the Special Vehicles Autobiography programme that had recently been revamped for the whole range of Land Rover vehicles. (Later to be issued for Range Rover only).  The main intention was to create a PR spin-off for other cars to be ordered with Autobiography themes. This was and always is a great profit source for manufacturers to ‘bespoke’ a vehicle.  Also, of course, this edition being heightened with the use of ‘Royalty’ in Viscount Linley.

When ordering your new Linley, a lead time of 18 weeks was given once a donor car was delivered to the SVO department… so a total time of almost 5 months before your new car was delivered! The dealer price was £92k so a modest profit was possible from the retail price of £100k.

Initially, two cars were ordered and delivered to Park Lane, London & dealer H.R Owen for display purposes and for possible immediate sales. A third car was the Press Car that toured the world and later became the ‘stolen’ one.

There was never a Brochure made or issued for the car. The only item released regarding the vehicle was the Press Pack. These were made in very limited numbers and given out at the original launch of the car on Park Lane, London and then sent to a few marketing areas for promotional purposes. They were also sent out to participating Land Rover dealers with a covering letter explaining the procedure of ordering one via the exclusive autobiography department that had been set-up at the factory. 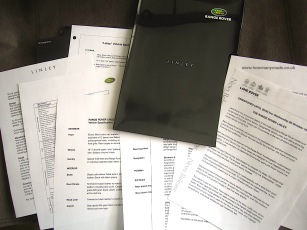 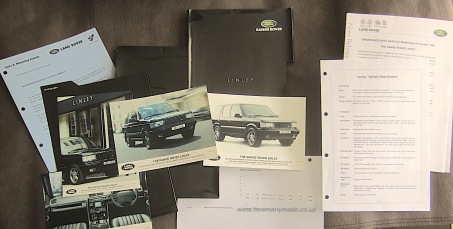 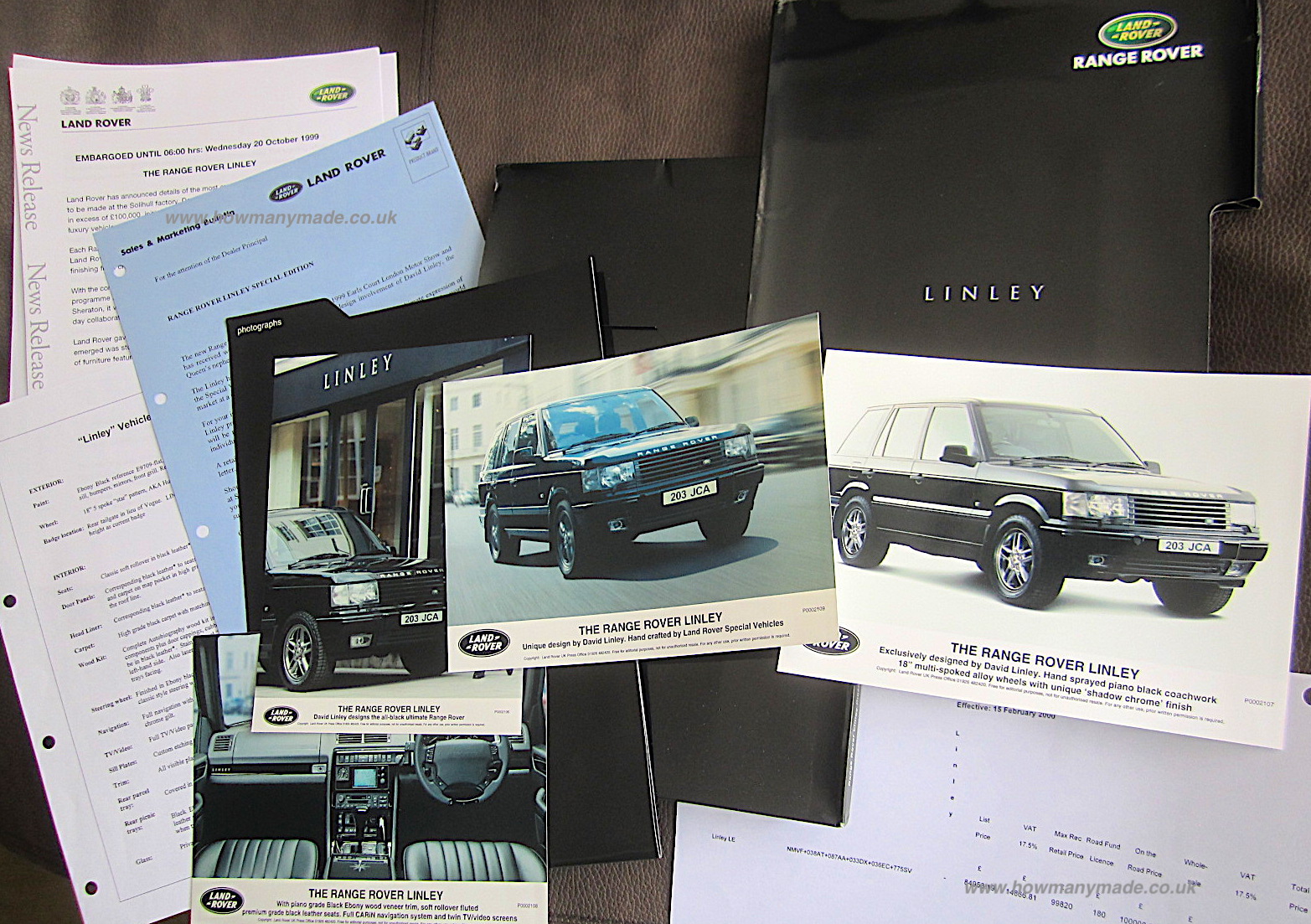 The Total sales of the Linley included 5 RHD & 1 LHD. The LHD was believed to of been sold to a Silicon Valley millionaire, but that can’t be confirmed. There was talk that Brad Pitt owned it and gifted it to Jennifer Anniston when they got together as a present. This was mentioned by Jennifer in a radio Interview at the time, regarding a unique, all black Range Rover with leather headlining, that he’d given her as a gift. But more recently it sold in the states for around £3000, in a poor state. It’s now being restored, luckily in the hands of a Range Rover collector with a talent for getting this unique car back to show standards and set to live a comfortable life in the US.

So of the other 5, the first made an original 1999 ‘T’ registered Prototype Press Car which toured the world as a showpiece for a few years went for auction in 2005, with 8000 miles on it. I’m still searching for a picture I have of this whilst at the auction! This, however, was sold out of sale to a main-agent. During its short time at the dealer and two large adverts in a nationwide newspaper, the vehicle was targeted in a dedicated way, without any mess or fuss and stolen over a weekend. It has never been found…

Another one is non-original but is in good condition. This was the last one sold by Land Rover in Dec 2000,  making it X registered.

This originally sold via Land Rover Stoke-on-Trent and came back into stock two years later when the original owner part-exchanged it for a ‘New Shape Range Rover’. In group, it was driven by a friend of mine who worked for Pendragon at the time, to Land Rover Mayfair where it was advertised at £49,995. This sold to a wealthy Londoner in September 2002 who then used it as a ‘daily car’ but wanted a bit more from it.

The owner later upgraded the engine to a 5.0 V8 by respected tuners ‘JE Engineering’ in Coventry at a cost of c£20,000! It also ended up with different wheels, side steps, uprated spring suspension, losing the original set-up and twin JE exhausts.

This came up for sale again for a few months in 2013 in Chesham in fairly good condition, apart from the add-ons. This has visually been returned back to standard spec. It is the only one registered as being a ‘Linley’ on the logbook too.

Another Lives in the south-west area and is in fair condition, does need paintwork & a bit of TLC, but overall very good. This is the 2000 W registered one. It is currently stored away.

And that leaves two more… One that is a 1999 T’reg and 1999 ‘V’ reg I believe… One lives in the west of England and the other in the North. Now, these are possibly the original two show cars that were ordered for the London dealers in 1999.

Update: The LHD car has now been restored and in fine order, thankfully. Here it is in March 2020.

I have a fair amount of searched knowledge of the ‘Linley’ edition. However, I do want any information you may know.

Where you involved in the making of the cars?

Delivering any of them?

Did you make the Press packs!?

Do you know the fate of the ‘Stolen’ one? Abroad? or in a container still? Or now in bits?

Do you know any truth of the ‘ unregistered new one sat in hiding ‘ – the possible No7?

From the slightest bit of info to the whole car, I would love information on these amazing cars. (Discretion assured)

I look forward to any information

If this has been helpful in some way, then please mention where you got the information with an ” According to http://www.howmanymade.co.uk ” – Would be Greatly Appreciated for all the time I do research, to get correct information – Regards, Mike.